Thank you for your consideration.

From all of us at NECWA 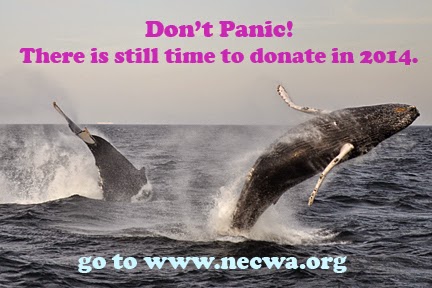 Happy Holidays from all of us at NECWA.

If you are thinking about making a year-end donation for 2014, then please consider NECWA. We are a small, grassroots organization that does BIG things.

NECWA is a registered 501(c) 3 organization so all donations are tax-deductible.

Any donation, big or small, makes a difference for it supports our many projects and activities.

NECWA helps protect marine wildlife in our New England waters through research projects, educational outreach and conservation activities including:
and so much more.

NECWA is an all volunteer group which means that close to 100% of any donation goes directly to the projects and activities that we oversee. Can't get better than that!

To donate,
go to our website at www.necwa.org
and give through either Just Give or PayPal.

Or send in a check to NECWA at the address below.

Thank you for considering NECWA for a year-end donation.

To learn more about NECWA:

Happy holidays from all of us at NECWA.

We have a very special offer for our followers. If you provide NECWA a tax-deductable gift of $25 or more before the year's end, you will receive a personalized Sea Turtle Supporter Certificate. I created this certificate just this week to recognize the record number of endangered sea turtles that have stranded on our Cape Cod beaches.

To donate and receive your personalized certificate, go to the NECWA website (www.necwa.org) and donate through Just Give or PayPal. Indicate the names you would like printed on the certificate in the message box.

I will also be sending out certificates to those who have donated earlier this month. If I miss anyone, please email me at krillcarson@mac.com.

Happy Holidays to one and all and thank you for your continued interest and support.

Best, Krill and the staff and interns of NECWA 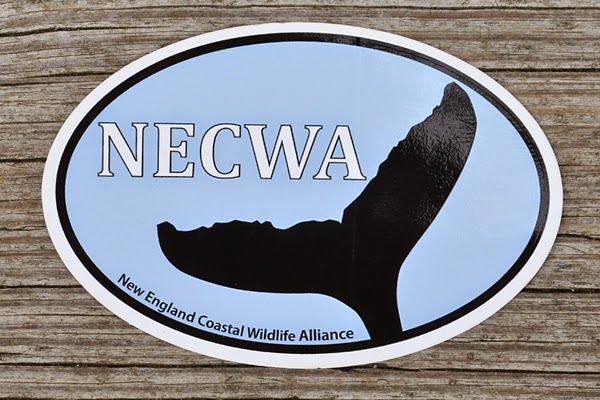 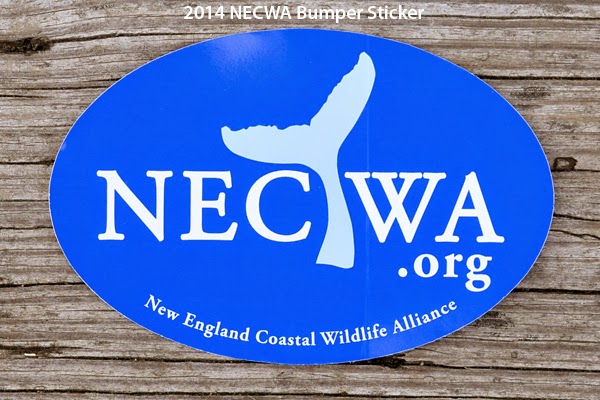 Join NECWA for a holiday fair in conjunction with Northbrook Academy on Tuesday evening from 6 pm to 9 pm. NECWA will offer free holiday activities and stocking stuffers for sale. The event will be in the Grants Building in Middleboro on 40 North Main Street. This is Northbrook Academy's location as well. Northbrook Academy is a wonderful private school for grades 5 to 12.

Support NECWA and Northbrook through your attendance and purchases. And since the NECWA office is right across the street, we can go over there if anyone is interested in our t-shirts and sweatshirt, both adult and children sizes are available. Thanks so much and look forward to seeing you on Tuesday evening. 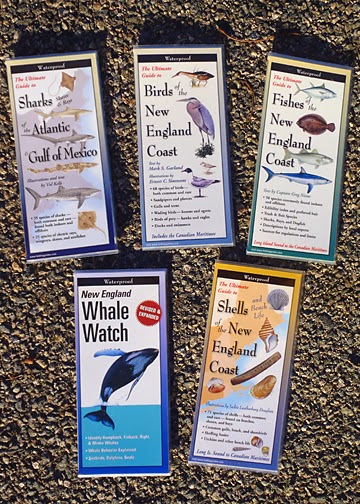 NECWA staff and interns have been assisting Wellfleet Bay Wildlife Sanctuary with their sea turtle stranding activities. This season, there has been a record number of strandings on the beaches of Cape Cod with over 1,000 animals coming ashore.

The majority of stranded sea turtles are juveniles that had been feeding in Cape Cod Bay and Massachusetts Bay over the course of the summer. Our New England waters are home to 5 species of endangered and threatened sea turtles so their presence in our area is not unusual. The most common sea turtles to strand are the Kemp's ridley sea turtle, the loggerhead sea turtle and the green sea turtle. Since all are endangered, recusing each individual is of critical importance. Most cold-stunned turtles wash up just as the high tide is receding. This means that you have to walk the beaches day and night as the tides change each day.

As fall approaches, these animals begin to migrate south for warmer, more tropical waters. They will spend their winters in southern waters for they are cold-blooded animals that can not regulate their body temperature. From what we see happening in our area, they can not tolerate water temperatures lower than 50 degrees Fahrenheit.

Rescued sea turtles are taken back to Wellfleet Bay where they receive an initial health check-up and examination. Once stabilized, these animals are then transported to the New England Aquarium's Quincy Rehabilitation Facility for more intense treatment that includes antibiotics and fluids. If large numbers of animals are rescued, many sea turtles will be transported to other rehabilitation facilities where they are cared for until their release back into the wild next spring.

This fall and winter, NECWA staff and interns have been walking the beaches of Cape Cod looking for stranded sea turtles in an effort to support these rescue activities.

Once a turtle has stranded, it is important to get to that animal as quickly as possible for they are now exposed to the wind and weather. They are also susceptible to scavengers like sea gulls and coyotes who will attach these helpless animals when exposed.

NECWA staff and interns have also been supporting Wellfleet Bay's efforts by just helping out in any way that makes sense. Wellfleet Bay is doing a fabulous job as a first responder in this rescue effort.

Help us continue this work by donating to NECWA today. Please go to the NECWA website at www.necwa.org and donate today. Donations can be received through the mail, our through our website using PayPal or JustGive. Thank you for your support.