NECWA was once again invited to the Wellfleet Oyster Festival (WOF) this fall. Once again, this event was fun and very productive for us. Lots of people stopped by our tent to pick-up information about the New England Basking Shark and Ocean Sunfish sighting network. By getting the word out, we hope to be able to learn more about these two large and not well understood fish that feed in our cold productive waters. 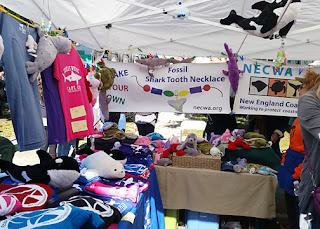 Lots of people stopped by our booth to chat and to purchase some merchandise to support our efforts. NECWA is an all-volunteer group so all profits go back to the animals through the purchase of supplies and equipment. 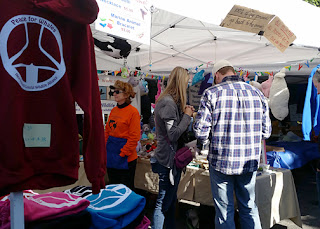 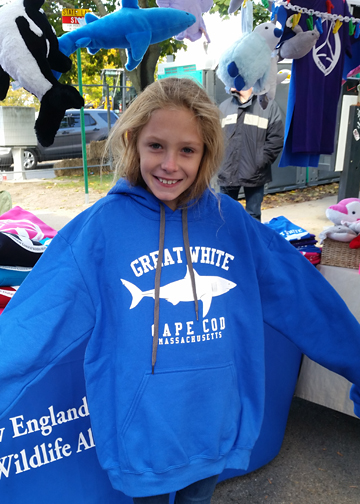 Although we don't have kids sweatshirts, these lovely ladies decided to purchase a sweatshirt regardless. There is always time to grow into the sweatshirts! 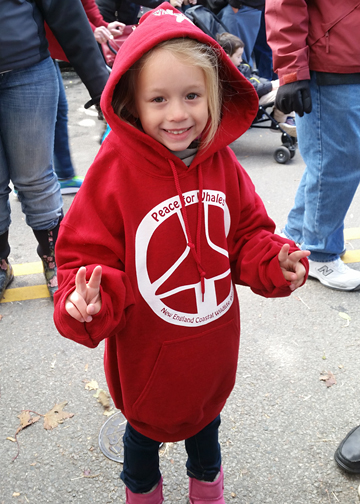 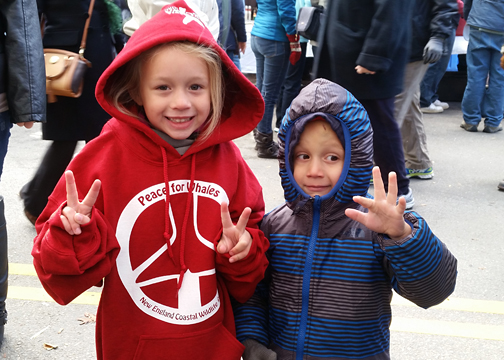 One of the activities that we offer is NECWA's "Make your own fossil shark tooth necklace." This is a great activity for kids have to pick out their beads, the color of their necklace leather, and their fossil shark tooth. The creativity that goes on to make their individual necklace is wonderful to see. Even our interns love to make their own necklaces. 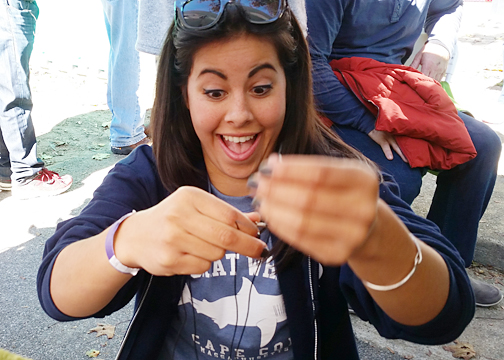 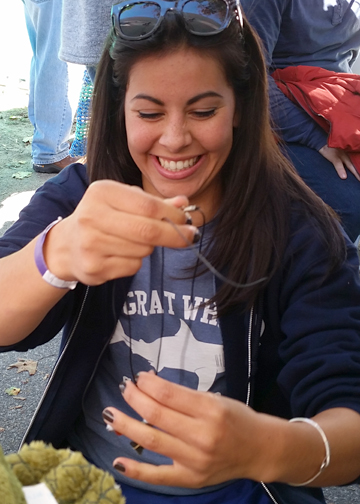 Saturday night was beautiful in Provincetown as NECWA staff wound down from a long day at the festival. With a good nights sleep, we were back in our tent chatting with folks all day Sunday.

As of today, NECWA has responded to 3 ocean sunfish standings on the shores of New England. The first fish stranded dead off Quincy. The second fish stranded dead on the rocks that support the Wellfleet Pier. The third fish stranded live in Duck Creek marsh in Wellfleet, but was not able to be saved due to the very dangerous location where it stranded.
NECWA responds to as many ocean sunfish as is possible and will rescue any live animals that are in need of assistance. If a carcass washes up on a local beach, then we conduct a necropsy (animal autopsy) to collect tissues and samples for research and education.

Here are some photos from our last necropsy which was conducted on October 3, 2015 in Duck Creek marsh. Krill had to kayak out to the fish which was situated in the middle of the mud flats in the marsh. These flats are very dangerous for the mud can be almost like quicksand.

By using a kayak, Krill was able to safely reach the carcass as the tide came in. Once close to the carcass, Krill tried to pierce the carcass with a large and sharp hook. Unfortunately, the hook bounced right off as it could not penetrate the thick reticulated collagen right under the thin skin.

As the tide continued to rise, Krill was able to float the ocean sunfish to the shoreline as NECWA staff member Carly and NECWA intern Alex pulled on their end of the line.
Once the carcass was towed into shallow water along the shoreline, Krill, Carly, and Alex worked very quickly to weigh, measure, and necropsy the fish. As the tide continued to rise, the team had to pull the fish closer to the shoreline every 10 minutes in order to be able to accurately measure the carcass.


Very sad to think that this fish died simply because it was at the wrong place at the wrong time. Samples taken back to BSU will be used for research, conservation, and education. NECWA shares samples with researchers not only in New England, but also in Europe. 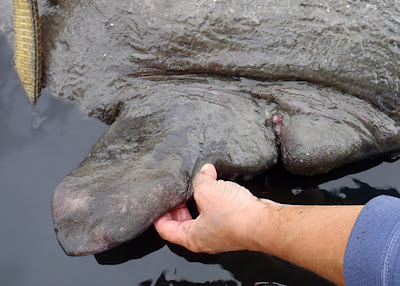 Krill would like to thank both Carly and Alex for doing such an amazing job. This was one of the toughest carcass retrievals and necropsies that the team has attempted. Not only was it messy working on site in the marsh, but it was also very strenuous as you had to keep pulling the carcass up onto the shoreline as the tide continued to come in. Both young professionals worked hard and went over and above what most volunteers do on behalf of the animals. 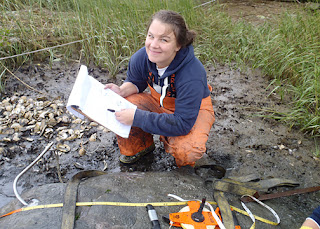 We hope that you will support our efforts to save or examine ocean sunfish that strand on our local New England beaches. NECWA needs your support and all financial contributions will be used to purchase the necessary supplies and equipment. To donate today, go to our website at www.necwa.org and click on the Just Give button. Thank you. 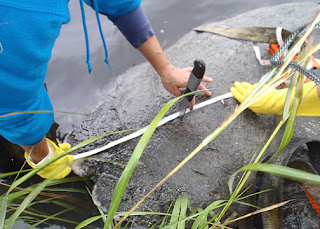