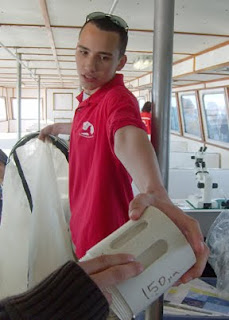 Today was the first official floating classroom provided by Captain John Whale Watching and Fishing Tours out of Plymouth, MA. The group onboard were high school students attending the 16th Annual High School Environmental Symposium sponsored by Mass Maritime Academy. Students participating in this two-day symposium came from all over the state of Massachusetts. 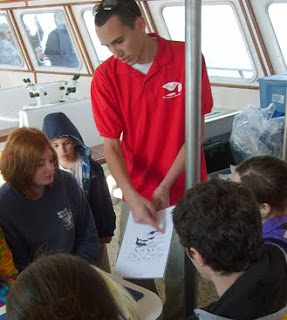 Volunteering onboard the floating classroom was NECWA intern Nick Schomburg. This was Nick's first floating classroom as an instructor, but he had participated in a similar floating classroom program as a 7th grade student at Plymouth Public Schools. Nick jumped right into the Plankton Observation Station and co-taught the station with Dr. Sandy Williams.

Students were fascinated to get a closer look at the plankton net that had just been used to collect a sample for their observation. And what a fabulous sample it was for it was chock full of copepods and amphipods as well as an occasional marine worm and ctenophore. 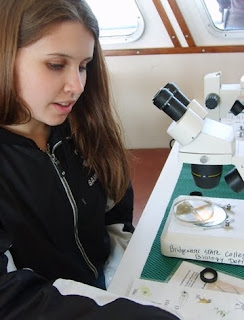 Students examined magnified zooplankton samples using dissecting scopes as well as hand-held Discovery Scopes. Many could not believe what they were seeing as critters zoomed in and out of view. 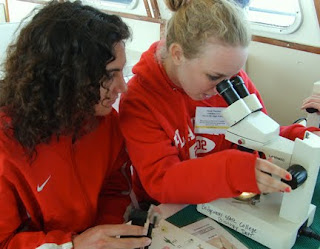 Additional learning stations included Navigation and Safety in the wheelhouse with Capt. Sean Baker and Nautical Knot with Captain John crew members Robie and Nate. It was
fun to see who was better at knot tying and it wasn't always the male students! 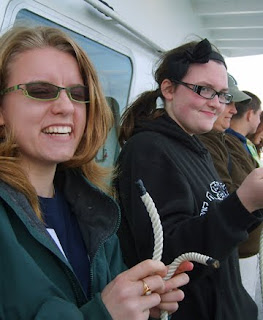 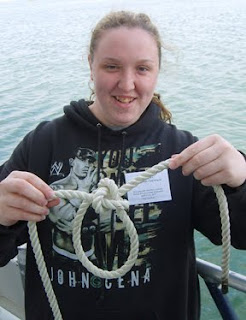 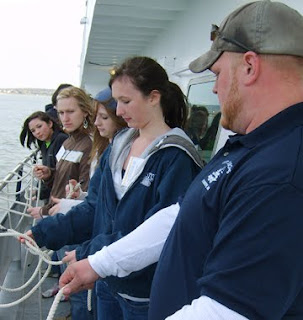 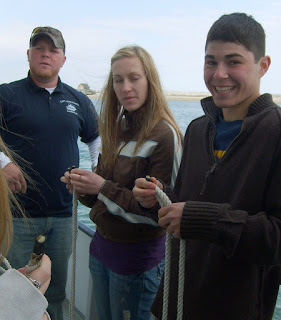 Another station was dedicated to the American Lobster. This station was lead by Michael Pigo-Cronin who has been a naturalist with Captain John Boats for many years. Students learned about the biology and ecology of this very important invertebrate as well as the fishing industry surrounding it. 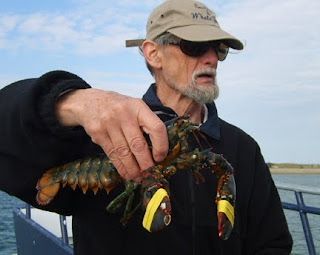 One last station was the touch tank station where students could closely examine and handle many different types of live marine animals. Belinda Rubinstein, a NECWA staff member, had fun showing the students just want critters live in Plymouth Harbor in the spring. There were a lot of oohs and ahhs as students picked up spider crabs, hermit crabs, lobsters and other slippery marine invertebrates. 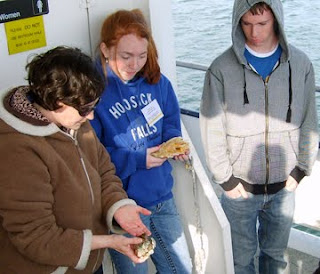 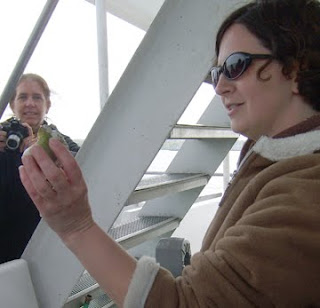 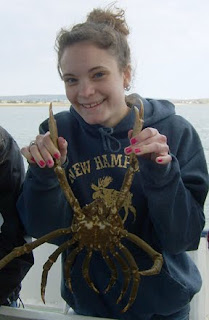 Students spent 10 minutes at each station and then rotated to the next station in line. All stations included a number of hands-on activities that engaged the students and helped them connect to the marine environment around them. 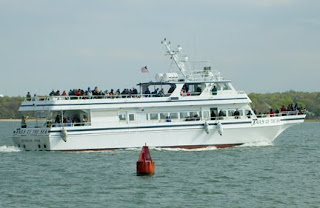 At the end of the floating classroom program, the Tails of the Sea, the whale watching vessel owned and operated by Captain John Boats passed us as they were heading in from their afternoon whale watch. NECWA was proud to have Nick volunteer for this very first floating classroom of the season. Nick's assistance with the floating classroom program is one way that NECWA can thank Captain John Whale Watching and Fishing Tours for supporting their internship program for high school and college students. Without Captain John's support, this internship program would not be as comprehensive and exciting as it currently is.
So we ask you to support our collaborator and partner - Captain John Whale Watching and Fishing Tours. Check out the many programs and trips they offer by going to their website at www.captjohn.com.