The issue of environmental crime can take place anywhere at anytime. Luckily, there are people out there who help stop such crimes from happening and reverse any potential damage that may have been caused. Or, to keep the issue from getting any worse, they are actively involved in preventative measures as well as educational outreach for the general public. One agency in particular recently got involved in a smuggling event regarding an airport in the Philippines that led them to discover suitcases filled with live exotic animals.
The officers of the Bureau of Customs in the Philippines recovered a number of suitcases that were hastily abandoned at Manila's Ninoy Aquino Airport. These suitcases, which had been smuggled onto a flight from Hong Kong, held more than 1,500 live turtles. Of the many turtles found, three of the species, the star tortoise, red-foot tortoise and African spurred tortoise, are listed by the IUCN (International Union for Conservation of Nature) as vulnerable. The fourth species, red-eared slider turtle, is a common household pet sold around the world.

When added together, the turtles were worth approximately $87,000 US dollars (4.5 million Philippine pesos), which led the Bureau to believe they were most likely trying to be sold.  Although the black market is highly illegal, it is unfortunately just as profitable. Due to this, both the Hong Kong and Philippine governments have hefty fines and lengthy jail sentences for those found with any endangered species. These repercussions are used to intercept but also deter people from engaging in such crimes.

If you would like to read more about this incident and the issue of the black market on wildlife related to Hong Kong and other areas across the world, here are some links!

More information about environmental crimes, as well as laws and policies in place to help the issue, will be coming in future blogs! 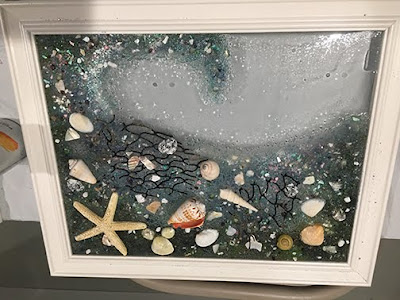 NECWA held their Seascape Window Fundraiser last night at the Blue Anchor Studio in Middleboro. Owner and artist Robyn Iarrobino lead the group through a fun and creative process. 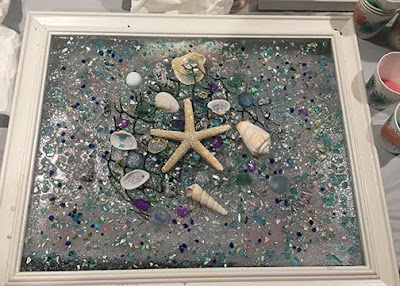 I think you will agree that the results were amazing! So many unique and beautiful creations came out through the process of making these Seascape designs. 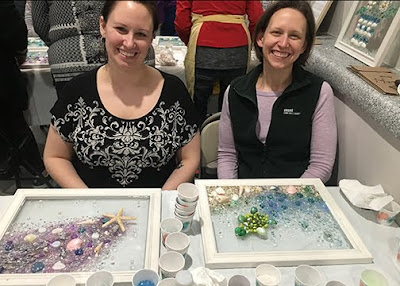 Thank you everyone for coming last night and supporting the work that NECWA does. The money raised from this event will be used to purchase new field equipment for our Southcoast Terrapin Project. 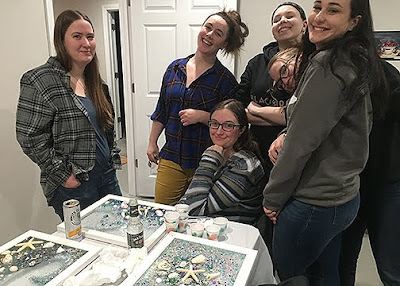 Click on this link to see more photos from this fun evening.
https://photos.app.goo.gl/zDJdGvqEk5vB2QT46 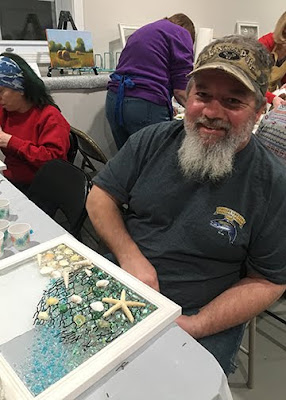 Sharks of New England Presentation and the Raynham Public Library


Last Friday, Krill and two NECWA interns, Hayley from Bridgewater State University and Kari from Massachusetts Maritime Academy, were invited to Raynham’s Public Library to participate in “Shark Week” events. The program took place during February school vacation, which was well attended by families, including kindergarten and elementary school aged kids, interested in the talk!

To start off the program, Krill gave a lively presentation about various sharks found along our New England coasts, including great whites, thresher sharks, blue sharks, mako sharks, dusky sharks, and sand sharks. Next, Krill explained NECWA’s community sighting network for basking sharks and ocean sunfish (www.nebshark.org) explaining their anatomy, what they eat and how they function in the water, as well as their interesting social behaviors. Using a shark stuffed animal, the kids were actively involved in learning the different body parts of the shark, including the dorsal fins, eyes, jaw, tiny teeth, as well as their ears and nose.

The fun didn’t stop there of course as both interns came prepared with fun activities for the kids to do after the presentation. With Hayley’s help, each child was given the opportunity to make their very own fossilized shark tooth necklace by picking any beads they would like, as well as putting them in fun and unique patterns. Kari assisted the kids in making key-chains by stringing various colored glass-beads in a particular fashion to eventually form the shape of a shark!

The talk didn’t only leave the kids with new information about basking sharks, as NECWA’s goals consist of more than just educating the public. The mission continues further to also let people know, regardless of their age, that there are things they can do to be actively involved in helping our environment, as well as the animals that live in them. Each child eagerly raised their hands when asked if they recycled, so it is a start! The kids and their parents and/or guardians also took various sighting tags for NECWA NEBShark and Southcoast Terrapin, Mass Audubon Sea Turtle sighting network, as well as IFAW’s marine mammal rescue and stranding network, so that each individual had someone to contact in the event of a sighting. 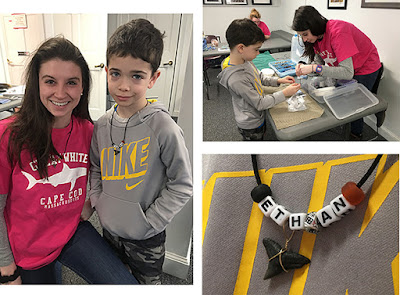