Hello, this is Ingrid again! This week I am writing about hopeful solutions for protecting the North Atlantic right whale. 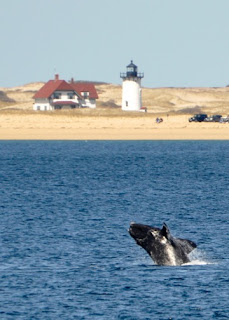 The North Atlantic right whale species will go extinct if we have more years like 2017. In 2017, at least 17 North Atlantic right whales were killed, 12 of them in Canadian waters, from entanglements in fishing gear and from ship strikes. At least some of the entanglements that killed right whales in Canada were from whales that got wrapped up in ropes used in the snow crab fishery. In the US, whales are often entangled in ropes used in the lobster fishery.
Canadian and US fishermen, politicians, managers, scientists, environmentalists, and the public know the right whales need help and lots of people are stepping up to try to save them. In both Canada and the US, regulators hope to find management solutions that allow the industry to support the families and communities that rely on them.

Fishermen and scientists are working together, and some fishermen are partnering with scientists to test out new ropeless fishing gear this season. The ropeless gear does not have vertical lines leading from the surface buoys to the crab or lobster traps below on the sea floor like normal crab and lobster traps do, and therefore, whales can’t get entangled as easily in ropeless traps.

However, the snow crab season in Canada is scheduled to start in a few weeks, so there isn’t much time. Fortunately, the Canadian Department of Fisheries and Oceans (DFO), which manages the snow crab industry, made an announcement last week that it is implementing additional fishing and shipping regulations to protect the right whale in time for this year’s season. However, in both the US and Canada, unless the number of vertical lines from lobster and snow crab gear is reduced, right whales will continue to become entangled, with some of these entanglements leading to mortality.
If fishermen are able to successfully fish with these new ropeless traps, there is hope that with improved development of ropeless gear, continued collaboration with fishermen, and regulatory changes, there could be a future for right whales and fishermen in the North Atlantic. The actions of fishermen, regulators, and right whales over the next few months will determine if that future is possible. 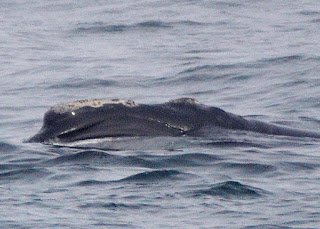