Commercial Whaling - An overview and how you can get involved.

Commercial whaling first began in the 17th century. The hunt for whales reached its peak in the 19th and early 20th centuries, leading to the decimation of whale populations world-wide. New England is richly steeped in the whaling industry and her traditions. The nearby city of New Bedford, MA was once known as the whaling capital of the world; in fact, in the mid 1800s over half of the whaling ships in the world called New Bedford their home port. Provincetown, MA was the second largest whaling port for at one time over 170 whaling ships departed from its well protected harbor.

Through the mid 20th century, over-exploited whale populations were not increasing; therefore, in 1986, the IWC issued a moratorium banning commercial whaling. Despite this ban, three countries continue to engage in commercial whaling: Iceland, Norway, and Japan. Both Iceland and Norway have officially objected to the moratorium and continue to hunt certain species of whales on a commercial basis. Iceland mainly hunts Minke and Fin whales from the Central and North-eastern Atlantic Ocean. Norway almost exclusively hunts Minke whales from the North- eastern Atlantic

Killing whales for scientific research is allowed under the moratorium with possession of an IWC issued permit. Japan, as well as Iceland, has been issued a permit by the IWC. Although Japan claims that whales are hunted for scientific purposes, whale meat is sold on the Japanese market and is on the menu of many restaurants. Japan’s largest whaling efforts occur in the Southern Ocean, where Minke, Fin whales and are hunted. Japan also hunts Sei, Bryde’s, Sperm and Minke Whales in the North Pacific Ocean.

Although approximately 1700 whales are still killed every year, certain member countries in the IWC recently proposed that the 24 year-old ban on whaling be lifted. According to the proposal Iceland, Norway and Japan would be allowed to hunt whales legally if they reduced the number of whales that they catch now. Some members nations in the IWC have reasoned that by legalizing whaling, the total number of whales killed over the next 10 years would be vastly reduced and the IWC’s power in governing whaling would be strengthened. However, many supporters of the moratorium feel that legalizing whaling again would only increase the total number of whales killed and would undo everything that scientists and whale activists have worked to achieve in the past 24 years.

The American people exhibited an overwhelming response combating President Obama’s support of this proposal and we achieved a small victory; at the meeting of the IWC in Agadir, Morocco in June 2010, the US government issued this statement: "First and foremost, the United States continues to support the commercial whaling moratorium. We strongly oppose lethal scientific whaling – we strongly believe it unnecessary for modern whale conservation and management. In particular, the United States is concerned by whaling in the Southern Ocean Sanctuary, and by the increased international trade and black market trade in whale meat and whale products."

The members of the IWC failed to come to an agreement on the proposal at the June 2010 meeting and the negotiations on the moratorium have been halted for at least another year. But this proposal should not be considered again! Whaling is cruel, inhumane, archaic and illegal. The World Society for the Protection of Animals (WSPA) states that “there is no way to hunt and kill whales at sea without causing acute suffering. Visibility, sea swells, and movements of the boat make it impossible to insure a lethal shot at sea. Whales can suffer up to a full hour before they succumb to the rifles and harpoons of the hunters.”

In the face of climate change, global pollution and a plethora of other man-made challenges, we should be working together to conserve, preserve and protect these magnificent mammals, NOT hunt them! We need to keep encouraging President Obama to do more to save the whales and end whaling and you can help!

Here is what you can do!

At the top of the page click the “learn more, do more” link. This link will bring you to another page of links where you can send an automated message to President Obama.

To Learn More About NECWA ...

To learn more about us, the New England Coastal Wildlife Alliance, please ...

A Tribute to our NECWA 2010 Interns 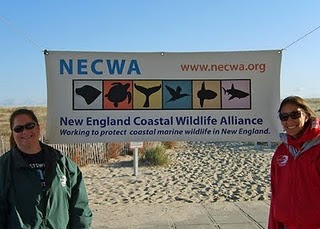 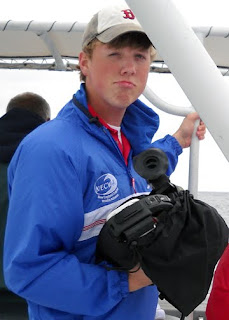 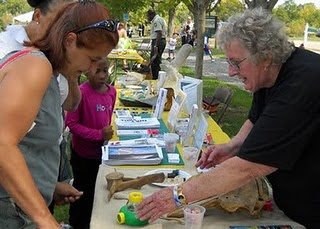 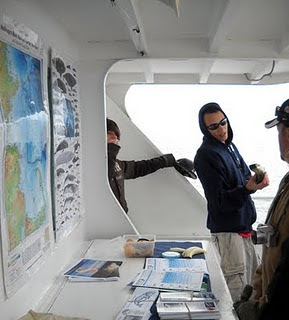 We would like to take a moment to thank our 2010 NECWA Interns for all their help this season. 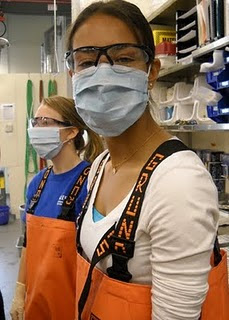 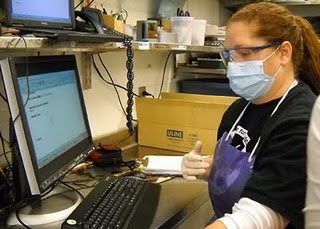 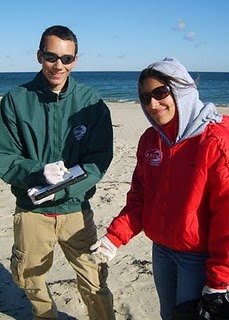 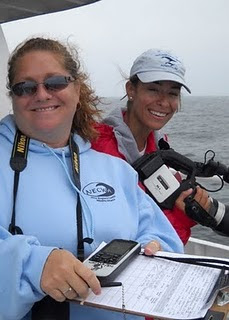 Each season, NECWA works with close to a dozen interns who come from all backgrounds and walks of life. Most are college students, but a few are high school students or professionals in the community. Many volunteer onboard the Captain John Whale Watching boats, helping naturalists collect sighting and photographic data on the whales and other unique coastal marine wildlife that are sighted from the boat. 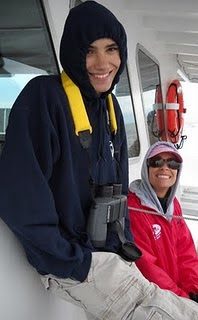 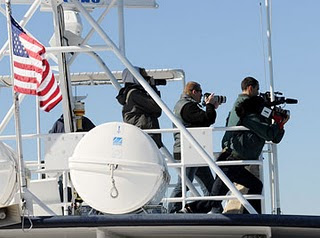 Once our interns learn how to collect their sighting and photographic data, the next step is working with Krill to learn how to analyze that data. NECWA interns work one-on-one with Krill learning how to identify individual humpback whales through the photographs that they collect. 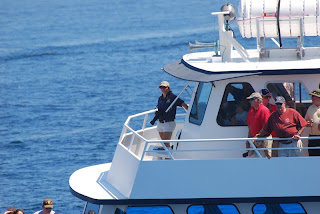 As interns analyze their data, they learn quickly that this part of the work is not as much fun as watching the whales offshore. But it is an essential part of the research and if we are to help protect and conserve our humpback population. 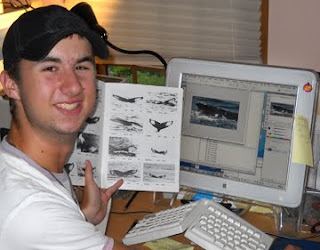 NECWA shares all their data with the Provincetown Center for Coastal Studies (PCCS) in an effort to collaborate with other organizations and institutions. Collecting data for the sake of "the data" doesn't make sense and it doesn't help the animals that we have come to know and love. 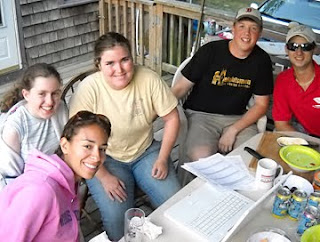 Collaboration is the key to making a difference on this planet for whales, seabirds, seals, basking sharks, ocean sunfish and other coastal marine wildlife. And it is essential for our own survival, flesh and spirit. PCCS shares this data with Allied Whale, the non-profit located in Maine and that maintains the definitive humpback whale catalog for the Gulf of Maine. 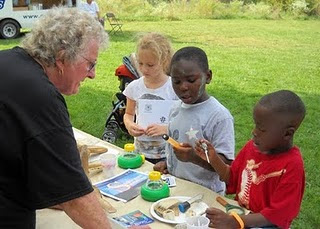 But there are many other activities and projects that are NECWA interns are involved with. Many help us with educational presentations to school groups and family groups within the community. And often, interns help with field-based activities including beach cleanup efforts and stranding responses for live and dead animals. 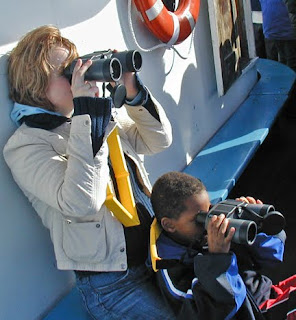 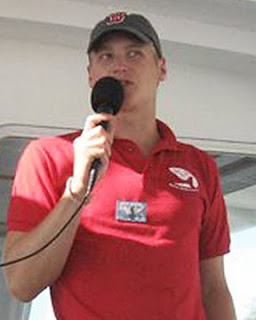 Each fall, NECWA responds to dozens of reports of dead and live ocean sunfish that strand along the shores of Cape Cod. We are still not sure why ocean sunfish strand each fall, but many feel that these large pelagic fish are not able to withstand the cold temperatures experienced as winter approaches. 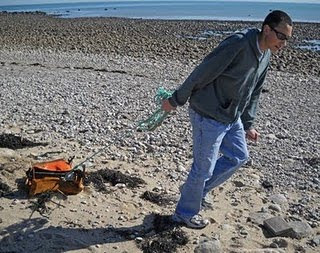 In the past, only college level students and professionals were accepted as interns in our annual program. But a few years ago, we decided to accept a high school student from Plymouth who came highly recommended. And that is how NECWA was very fortunate to work with Nick Schomburg who quickly became one of our most important and valuable members. 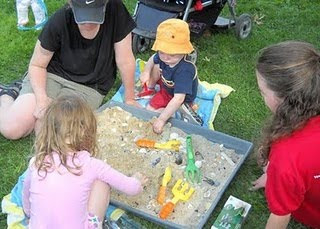 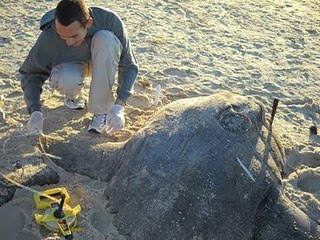 Nick has helped with almost every aspect of NECWA including necropsies, data collection offshore, web design, helping to create educational material and helping with festivals and educational programs. Presently, Nick is a Junior at Plymouth South High School and is focusing in web design. 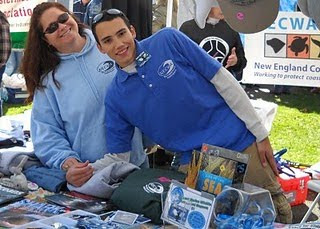 Nick has exceeded all our expectations and his help over the years has been invaluable. We know he will continue to achieve amazing things. Thank you for all your help and dedication Nick. You are one of the reasons that NECWA is able to accomplish so much each year. 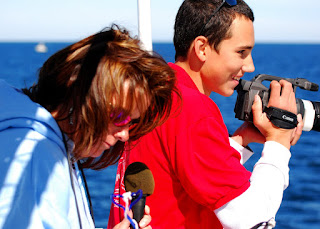 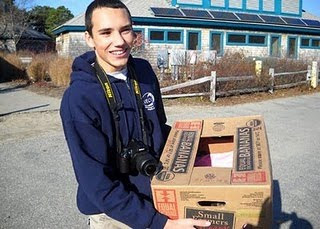 Thank you to all our interns who volunteered with us during 2010. We were very fortunate to have a wonderful group of people working with us over the course of the season. We hope you enjoyed your time with us and with the whales, seals, sunfish, seabirds and other marine wildlife that we are all so fortunate to connect with in the New England area. And we hope you will continue to work with us in the future and that your lives will be filled with exciting and precious moments in Nature. 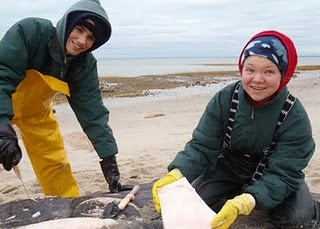 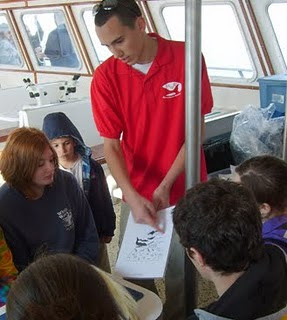